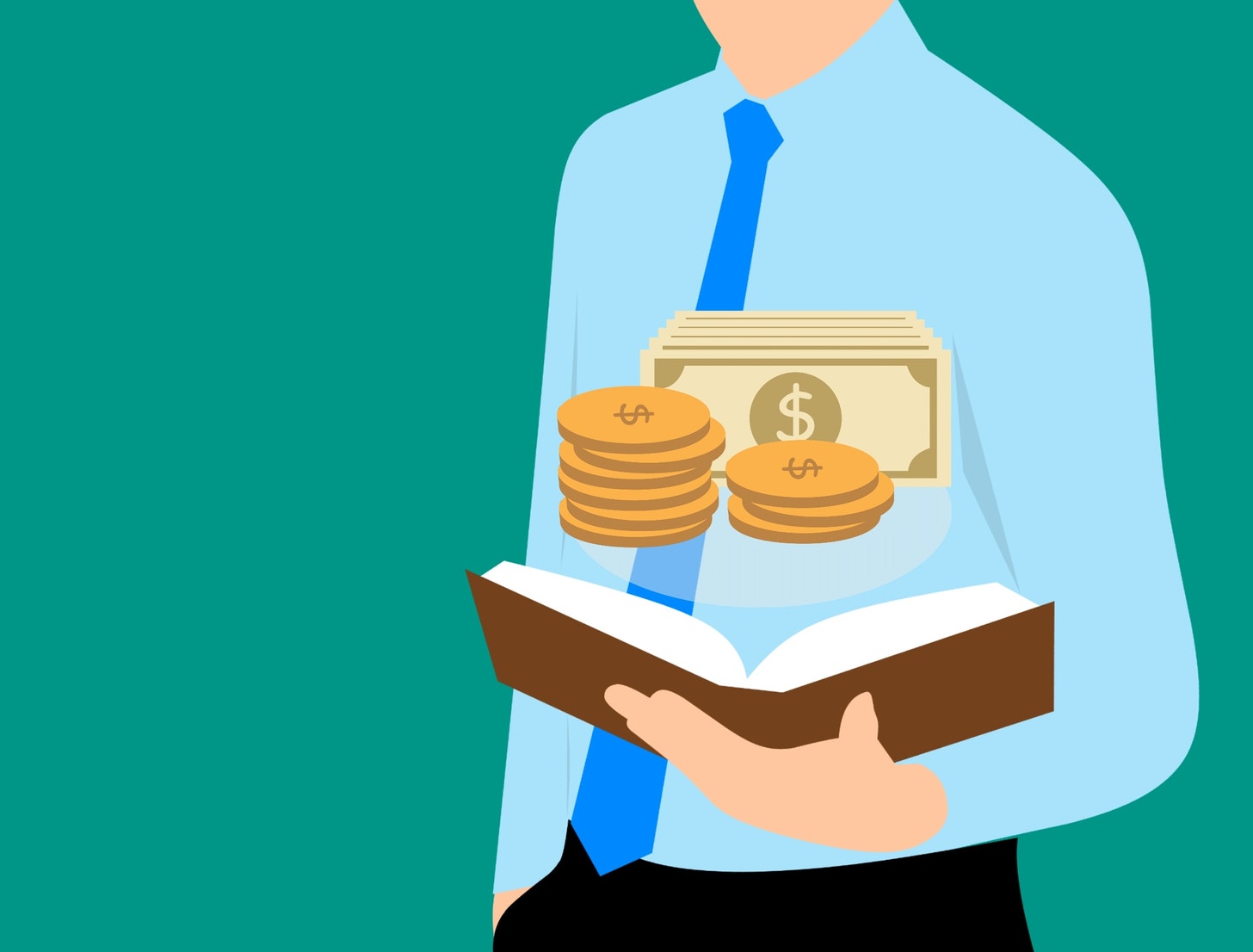 Image by mohamed Hassan from Pixabay

Because Reading Investopedia Doesn’t Tell You What To do

I have promised to assume no financial knowledge in teaching you all how to trade bubbles, and while Investopedia is a great resource, it doesn’t tell you what to do with the terms they define.

My goal here is to explain concepts in a way that you can use them. That’s why this terminology guide is the most interesting one you will find. Reading it will actually provide you with investment and trading ideas.

In general use, it is any kind of traded financial item, including bonds, stocks, ETPs, calls, puts, et cetera (all of these are discussed below). Technically, it’s a fungible (numerically replaceable) and negotiable financial instrument. Given the increasing role of cryptocurrencies, “security” is often used to include these.

A note indicating the obligation of one party (a company) to a lender, with a % every year to be paid, and termination date.

A percent (share) ownership in a company (whether the company is publicly traded or not), which indicates how much percentage-wise of the owners’ equity one has.

Examples include the S&P 500, the Dow Jones 30, and the NASDAQ. These are aggregated indexes of a specific set of companies, operating in a specific country (usually), and serve as a measure for how the overall character of the stock market is functioning.

TRADITIONAL — USE of ETPs

Say that you want just to track whatever the S&P is doing with your retirement savings.

You can’t actually buy the S&P index, but you could buy an ETF that mechanically mimicked what the S&P did (like the GSPC). This is an important idea: you can’t often buy indexes, but only proxies (like ETFs) that mimic their activity. You could buy all 500 companies in the S&P and rebalance daily, but it would be such a huge pain that it’s practically infeasible.

An Investor vs. A Trader

It’s a little arbitrary to distinguish these two styles of “investing.” One way follows from the tax regulations for investing in the United States. In the US, for the present at least, if you hold onto a security for over a year (365 days), the taxes you pay are just capital gains (15%), but if you make money on a shorter time frame, you need to pay at the rate of your income (23%-35%). So let’s just say that an investment is anything you hold for over 365 days, a trade for anything you hold for a shorter time frame.

This would be any trade or investment where either (1) you are unable to put a probability of success on the position, or (2) you are able to do so, but the probability for success is less than 50%. The first, a trade/investment is one done in ignorance; the second is one done with high risk. Trades and investments are not speculative.

This is just the total value of all the shares of a company (Market Capitalization = price per share x total number of shares).

This is one way to think about price for a company. It’s the price of buying the entire company (every share) to become sole owner. The standard quoted price you see in tickers is actually price per share.

This the price per coin x the total number of coins in existence.

Some people think that because a coin costs $.50 it has “more room to grow” than a coin that is worth $10,000. This is ABSOLUTELY WRONGHEADED.

means that you are invested in such a way that you will make money if the underlying security increases in value. This is also called a “long position.”

means that you are invested in such a way that you will make money if the underlying security decreases in value. This is also called a “short position.”

These are ETPs that make money when the underlying index decreases in value – so it’s going short, but by using ETPs.

A fund is any set of securities run by aggregating many people’s money. They could be an ETP, a mutual fund, or a hedge fund.

When you buy both sides (long and short) of a security—though this is hardly ever done in equal proportion. If you bought equal amounts both directions, then you’d not make any money on your investments, and you would lose the transaction fees to your broker.

Say you are a fund manager, and your aim is to give your clients the returns of the S&P 500, but without the downside that comes with recessions. How would you do this?

Note: Unless you have access to a Bloomberg Terminal, you can’t find the information to all this stuff in the same place. So you’ll have to use a combination of (1) your broker’s account data, (2) Yahoo Finance, (3) Bar Chart (for when Yahoo is on the fritz), (4) the Bloomberg website, (5) the Security Exchange Commission’s website (Sec.gov), and for cryptocurrencies, I use Coinmarketcap.com and cryptocompare.com (free email registration for full chart functionality).Subscribe

3 The World of Cryptocurrencies

This is a fast-growing area, so you can find even more terms and notions with this post.

This is just your ordinary government-issued money or currency.

This is just a different way of serial (one after another) computing.

The idea behind Ether inverts the idea of Bitcoin.

While Bitcoin was the first generation of blockchain coins, Ethereum (and NEO) have emerged as a second-generation of ideas. They’re not even really coins.

Like real money, you need to store your cryptocurrencies somewhere. These virtual places are called “wallets.”

Some are much better than others, and some have significantly different regulations. For example, if you live in New York, you can use Gemini but not Bittrex.

Bittrex is pretty good for coin-to-coin exchanges, but the world’s leading such exchange is Binance. You’ll need to turn your fiat currency into a cryptocurrency on another exchange.

I use Gemini as my fiat to coin exchange … again, mostly because I live in New York.

When an IPO happens, the initial owners of a company make (usually) 15x on the value of their company. But that’s because they’re selling shares of their company’s stock. How do coin creators make money?

Usually, the creators of the coin hold back a percentage of the coins for themselves.

This is when you buy a financial item in such a way that the results produce a multiple, say 3x, of the underlying security. This is often done by means of buying on margin or using options.

There are ETPs that aim to return 2x or 3x the results of the underlying index. NUGT, for example, is a 3x Bull (i.e. long) ETN on gold. If gold goes up 1%, NUGT is designed to go up 3%. There are both long leveraged ETPs and inverse (short) leveraged ETPs. The YINN is a 3x long ETP on the Shanghai Composite index (which is sort of the S&P 500 of China), and the YANG is the 3x inverse ETP on the same index.

Leveraged ETPs rebalance daily. This means that they have weird returns. If the underlying index goes down 5% then up 5%, you would be close to even on a regular ETP. But on a leveraged ETP, you’d be negative by more than 2%.

Of course, the same holds for the flip side (had you gone up first, then down by an equal percent you’d be about 3% higher than when you began). The result is that leveraged ETPs should only ever be used short term, when you have a clear idea what’s going to happen, because the long term effects are quite unpredictable.

This is when you use your broker’s money to buy or sell securities. You can do this from 2x to 5x of your principle, depending on your arrangement with your broker.

A TRADITIONAL — USE OF MARGIN

Often people do this with bonds. Say that you have $1.2m for retirement, and would like a steady income. You could buy safe bonds that yield 4% annually, and do so on margin, say at 3x leverage. That would give you a 12% annual yield, or $144,000 annually to live on.

… Of course, you need to know what your broker’s fees are, and subtract that out. If they’re too high (like 13% annually), then this strategy is a no-go.

is a right to buy or sell a security as a specific price by a certain date. These can be either of the “long” variety or the “short” variety.

is a right to buy a security at a specific price by a specific date. If you buy these, you make money when the underlying security goes up in price, provided the security surpasses the strike price. If you sell these (to someone who buys them), the reverse is true.

is the opposite of a call option, since it is a right to sell a security at a specific price by a specific date. If you buy these, you make money when the security goes down in price, provided the security surpasses the strike price. If you sell these (to someone who buys them), the reverse is true.

is an obligation to buy a specified commodity (say oil) at a set price, in the future. If the commodity is worth more than the contracted obligation at that point, you can turn around and sell it immediately for a profit. Otherwise, you better hold onto it and hope the price goes up to recover your money later (that’s why people were storing millions of barrels of oil after oil prices declined).

is either an option or a contract to buy a specific security or commodity at a set price by a certain date. Examples include put and call options.

In/Out of the Money

The easiest way to think of the VIX is as an index of volatility on the S&P 500. There is a mathematical formula to calculate the balance of futures on the S&P and it gives you the VIX.

These are the initial public offering of a stock. The reason founders become billionaires from these is that they are taking a privately held company public.

So the private equity investing “game” often consists in buying smaller companies with low multiples and then flipping them to public offerings. For example:

General financial disclaimer: I am not providing advice on financial investments and I am not a financial advisor. I am only explaining how I think about this process and imply no outcome or return on services. Please do your own due diligence before investing in anything.

Specific disclaimer: At the time of writing, I own a variety of cryptocurrencies, including Bitcoin and Ethereum. I might also own some of the stocks and ETFs discussed in these essays, including the SPY, QQQ, and CGC. In general, I trade these, so by the time you read this, I may not still own them. 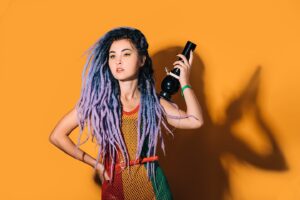 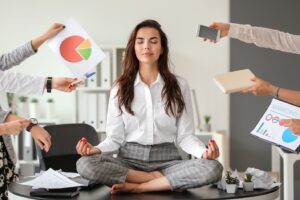 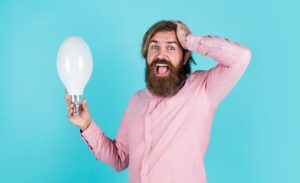