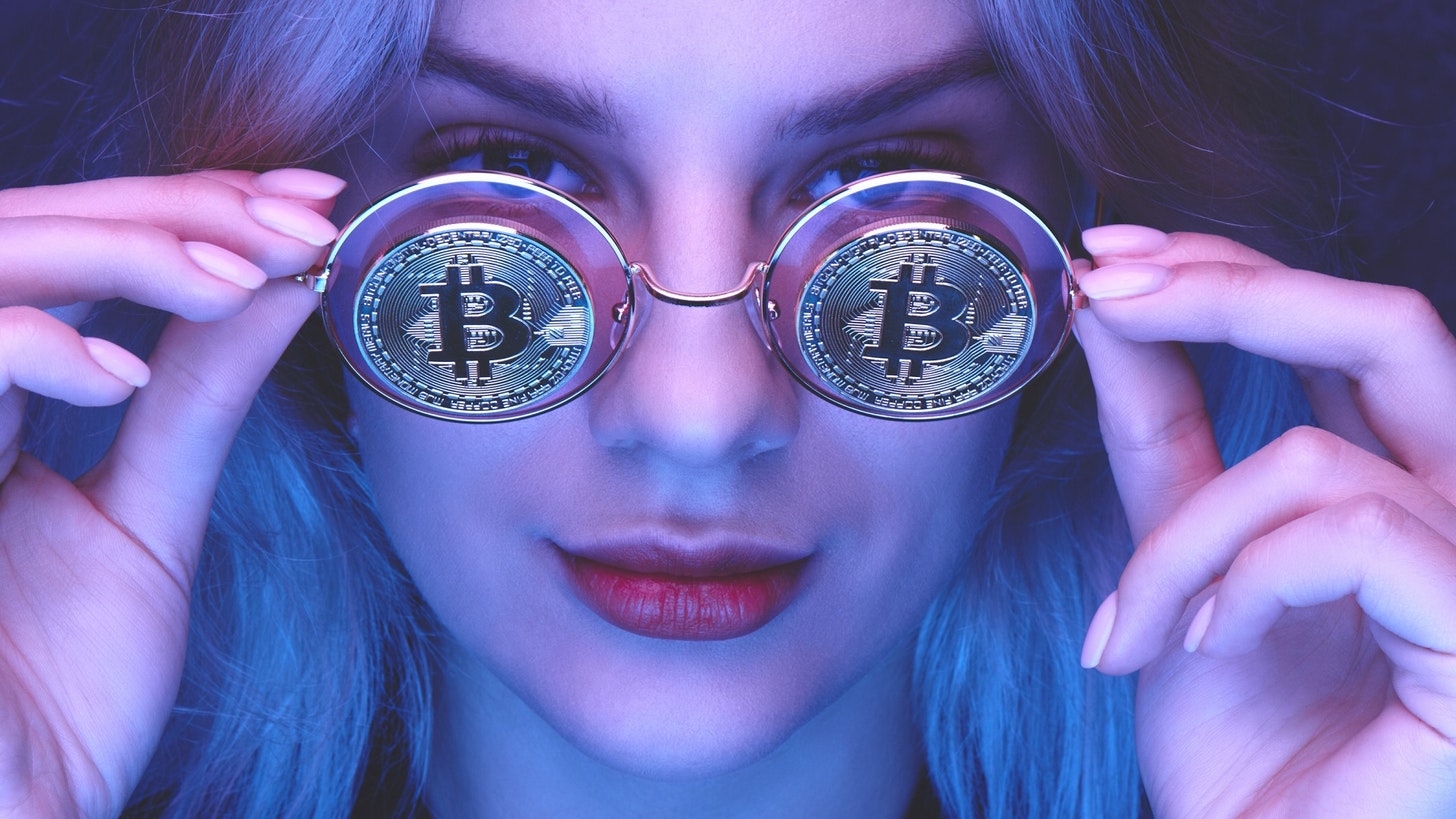 Lesson #11 from the Art of the Bubble Series

Since the biggest news event of the past week is that Bitcoin (and all cryptocurrencies) have pulled back from their recent all-time highs, it’s worth addressing what to do when Bitcoin crashes.

It’s also worth learning to distinguish a Bitcoin crash from a pull-back.

Subscribers, weekly or daily, get access to my sell-signals and know exactly what I am doing. Yet, even they will get a better understanding of what’s going on with this walk-through.

We’re going to start with the way most people think about the art of the crash and why it’s wrong. As a reminder, if you don’t know a term that is used in what follows, such as “shorting” stock or a cryptocurrency, go to the terminology page. I’ll also be developing an absolute beginner’s guide to the art of the crash soon too.

Why Can’t I Just Short Bitcoin?

So let me give you an image, using the 2017 Bitcoin bubble, of what people think the art of the crash is.

That is the result of hindsight bias. It looks easy to short a bubble after you know the answer, but at the time you would have had no clue.

Remember Lesson #1: Never try to guess the top of a bubble. They are inherently irrational so that you can’t predict their top. They also go up the most at the very end. That means two inferences follow.

So how do you make money when a bubble pops?

If you are following a traditional bubble, like Bitcoin (see the three types of bubbles here), then you can do two things:

This will make the most sense if we just go through the life-cycle of a traditional bubble.

The Start of A Bitcoin Run

We use data-driven strategies here at The Art of The Bubble, so there is a clearly defined method for identifying the start of a Bitcoin bull run as I see it, which is as follows:

These criteria identify why the present Bitcoin bull run began in April of 2020, and why the 2019 run was never a new bull run (I am using “bull run” and “bubble” pretty interchangeably here since we are tracking a bubbly asset).

The problem is that while these criteria work, you have to wait and see whether Bitcoin will hit a new all-time high usually months after Bitcoin has crossed above the SMA 200 to be sure whether or not it’s a new bull run.

This sort of retroactive classification is typical of the financial space. So it’s a clear definition, but not terribly helpful for trading.

I’ll show you how to avoid this problem and at the same time improve on using the SMA 200 alone as an indicator for when you should start buying Bitcoin after a crash.

But before we get to crashes, we need to distinguish them from pull-backs.

In stocks, a correction is anything more than a 10% decline. For Bitcoin, since it’s more volatile, I bump that up to more than 12% to get rid of too many cases.

These happen all the time during bull runs. We’re probably in one right now. Here’s an image from 2017 during just that year of the bubble (which began in 2015 using the above definition).

Given this level of volatility, I find it useful to define a Bitcoin crash as a decline of more than 45% from an all-time high. In fact, only in two cases has Bitcoin declined more than 36% and not crashed.

Note: you can skip this section entirely. It just helps you make a little more money than you would otherwise. It’s also a little technical.

The best way to hedge a Bitcoin crash, right now, is probably to buy out of the money puts on cryptocurrency miners like $MARA, $BTBT, and $RIOT.

Here’s an image of $MARA’s recent decline and bounce as an example.

So, basically, $MARA fell more in one day than Bitcoin did in its entire pull-back ($MARA is down more than 40% and counting). So if you want to bet on something declining more than Bitcoin, it’s a cryptocurrency miner. Since their profits are directly linked to Bitcoin’s price, that makes sense.

Given their volatility, though, the only way to make this work is to buy puts as insurance. You’d need to buy puts that are priced at least 60% below Bitcoin’s price. Wait for a positive run so you can get them cheaply from someone who is panic selling. And then hope for a nice 70%+ crash.

You’d probably make 4000% on your puts in that scenario, which should work to offset some of your losses from holding a bubble too long.

Remember, if you are doing bubble trading right, then you are going to hold onto the bubble over the top and sell late after getting burned a little (that is Lesson #1 again). That is the smartest thing to do, given how irrational they are. These puts will further protect you from getting burned very much at all.

So, how can you use the crash to make money?

Well, since you can’t really make money on the decline itself, you can bet on getting in earlier than other people before the next bubble. What I am going to explain is a smarter way to do dollar-cost averaging than the typical method for Bitcoin.

Bitcoin bubbles fall a long way, but as I mentioned above, they fall less than they used to. At this point, I am uncertain whether the next bubble will reach an 80% decline.

So, what you could do is start to buy early after Bitcoin declines some 65% or more. To give you a realistic sense of how this would have worked out in the 2017 bubble, let’s say that you bought in equal amounts every 4% decline starting at 65%.

If you bought in equal proportion, your average price would have been $5063.79. So, even with the recent decline (at the time of writing) you would still be at about a 10x return.

Notably, that’s better than just using the SMA 200 for an entry point, since that would have put you in at $8,800. As I mentioned in lessons 2 and 3, there are better ways to improve your returns. This is one of those ways.

Why This Is Psychologically Hard

If you look at those buy dates, however, you will see how hard this game is. You had to wait from your first buy, in April of 2018, until the present bubble, which began in April of 2020 to make your 10x return.

Incidentally, using Bitcoin as your indicator, if you had bought Ether using the same strategy, buying on the same days, your average price would have been $186, making even more than Bitcoin in the current bull run.

But you would have needed to do nothing all of 2019. You can make quite a bit of money in a short period of time using this strategy, then, but it’s not going to happen in two weeks. If it were that easy, then everyone would be doing it.

It’s also why I track more than one bubble group at a time. While one is soaring, another is often dormant. Again, my subscribers know which ones I am tracking and even if you don’t subscribe, you should keep your own running list.

So here’s a basic walk-through of the Bitcoin crash cycle. To recap, we have this.

Feel free to experiment with different accumulation strategies and whatnot, but this should point you in the right direction. The same points hold for other traditional bubbles, like cannabis stocks, that follow a similar pattern.

This is what nothing looks like. Crypto winter continues and Whales are hibernating

This is what nothing looks like. Crypto winter continues and Whales are hibernating

Rising Tide For NFT’s! Enjoy The Last Of Your Summer On A Yacht With Mutant Apes

Rising Tide For NFT’s! Enjoy The Last Of Your Summer On A Yacht With Mutant Apes

The AOTB Crash Cost Averaging Strategy Is Making For Some Nice Gains! Still Outperforming Top Crypto Hedge Funds On The Year. Ethereum Is On The Rise!

The AOTB Crash Cost Averaging Strategy Is Making For Some Nice Gains! Still Outperforming Top Crypto Hedge Funds On The Year. Ethereum Is On The Rise!