Lesson 4| Absolute Beginner’s Guide: How to Identify the Value of Stocks

There is a reason for this string of extraordinary misses and it has to do with mis-identifying the value of stocks or other items. Once you understand what the source of his mistakes is, you can handily outperform him in picking the right stocks or coins.

Now, in order to avoid picking on Buffett too much–I do still admire the man–I’m going to begin this lesson with a story about the costs of misidentifying value.

Back when I was in graduate school, my wife and I decided to take the money that I had earned from trading and investing and used that as a down payment to buy a home. Everyone said it was a “no brainer.”

Initially, our house went up in value, but then the 2008 financial crash ruined everything. Our mortgage exceeded our home value and I graduated into the great recession job market. I was fortunate enough to get a job, but it was in New York, so we had to move and rent out our Boston house at a monthly loss.

To afford everything, we eventually moved into a tiny apartment, leaned on family for help, and took on extra work (teaching extra classes and designing websites). I used that additional money to buy data so that I could write better algorithms, invest, and eventually sell off the burdensome assets at a significant loss.

Combining those approaches it took most of the 2010 to 2020 decade to climb out of that mess. By March of 2020, when COVID crashed the market, my primary financial concern was that my Porsche would be delayed in its shipping from Germany.

Here are some of the lessons I learned from that experience.

The point of this lesson is to spell out points #2 and #3 looking specifically at stocks (the next lesson looks in-depth at cryptocurrencies). But, we’ll start with real estate, in a rough and ready way, because it’s easier to imagine.

Those points are going to explain why I like using the “delta neutral” yield farming strategy so much: it produces regular cash flows. As a result, you can come up with a real value for that.

The Do It Yourself-er package (DIY-er) on Patreon includes weekly updates of my positions for that (along with Moonshots and other picks). It honestly beats every major hedge fund in the world for returns. It’s always a portion of my Coaching clients portfolios because it makes money whether the market goes up, down, or in circles.

The value of that isn’t always clear, and I’ve not always done a good job at explaining its value. This lesson will give you a sense of how to place those returns in their proper perspective, even relative to real estate. … which is where we’re going to start.

Let’s go back to rental properties. In hindsight, it’s obvious how I messed up buying an overpriced home (1 unit in a duplex). I could only realistically rent that home for $1400 a month (remember that price reflects rates 12 years old). That’s only $16,800 a year.

Over the next 10 years, that means that its total revenue would be about $168,000 — assuming continuous renting and ignoring all costs (and inflation). That gives you a ratio:

When prices crashed down to $130k during the recession, they were just returning to about what an investor could make from the house. There are a lot of costs associated with renting, after all, so $130k is near the break-even number.

I’ve also explained an intuitive way to think about intrinsic value. It combines both of the standard methods used for valuing stocks and isn’t really how people evaluate commercial properties (which generally turns on net operating income). Still, it’s an illustrative start: sum up future cash flows and use a comparison ratio.

Let’s look at some stocks with those ideas in mind.

This is easier to think about with some concrete cases. Is Apple or Tesla a better buy?

Well, if you head on over to a site like finance.yahoo.com (it’s free), and you type in AAPL, you’ll get a page that gives you this information.

Most of those numbers aren’t super helpful in figuring out AAPL’s value. The Beta, for example, just represents how much the price moves up and down relative to the market average. Higher than 1 means that it’s more volatile.

The number that does matter, the one that’s like the P/R ratio we looked at with real estate, is the PE ratio. This is the Price (per share) to Earnings (net income) ratio. It has a (TTM) after it meaning that those earnings are taken from the “trailing twelve months.”

On an historical basis, most companies in the stock market have a PE ratio of around 15. On that basis, Apple is expensive (with a PE of 27.93). It’s also the world’s most valuable company, so you’d expect a premium. Also, tech stocks always trade at something of a premium.

Finally, some people say that the market is in a bubble because the average PE ratio right now is 33.99 (from the Nobel Laureate’s website Robert Shiller).

Apple is actually cheaper than that, so all things considered, in this market, Apple isn’t terribly over-priced. If the market came back to historical norms, you might expect AAPL to drop about 25% (putting its PE ratio around 21).

Now if you go check Tesla (TSLA) on finance.yahoo.com, you’ll get this image.

You’ll notice immediately that it has a PE ratio of 408!

That means that at the present rate of earnings, it would take 408 years for you to get your money’s worth for buying 1 share of stock.

So, Apple is a better value than Tesla, right?

Probably, but it’s not that simple. Tesla is also growing a lot faster than Apple and it’s the leader in a completely new industry. Tesla not only does electric vehicles, but is changing the model of making cars.

A Tesla has a 1,000,000 mile warranty. Most cars have about 100,000 miles warranty. A Tesla is designed to last a person 30 years, while most cars have a “primary” life of about 10 years. Conventional cars are designed to be aesthetically obsolete in 5 years, because car companies make money selling cars. Tesla is looking at 30 year replacements.

How will Tesla make money?

The answer is that they’ll sell you a subscription to their autopilot (and other software upgrades). In short, they’re moving to the Netflix model of revenue. That AI will also be sold and deployed in other areas, again with subscription services.

It’s hard to price in all that possible growth, but it should be done. There’s a way to do this with the PE ratio and it’s the PEG ratio, or PE divided by possible growth. Anything under 1 is considered good. But, again, the real trick is to be accurate in your assessment of growth.

To deal with this deficiency, namely dealing with future possible growth, it might be helpful to move from relative valuation models, e.g. comparing Apple to Telsa, to absolute or “Intrinsic value” models.

This is considered the gold standard of valuation. It’s also the most complex and subject to significant errors in mis-calucation. Since this wil take some concentrating, I gave you an image of a Tesla with a dog to make this portion of the lesson go down easier.

Alright, let’s get started. You need to figure out three things.

The idea is really like the rental model. There, we summed up the value of all future rents. But there are a few problems with that idea.

To account for these additional factors, then, what I need to do is take that future value and discount by some percentage to give me a better sense of its value today (= net present value).

How much should I discount it?

That amount is called the discount rate. It’s applied annually and its absolute bottom line is usually the Federal Reserve’s US 10 year treasury rate. Almost anything in the world is riskier than that. Then you should add some additional premium depending on how risky you thin the returns will be and given how many unknowns there are. Tesla would have a significant premium (maybe 10%).

There is no exact science to that process. Also, how great a discount rate you provide dramatically affects your overall valuation of the company, since it compounds negatively over each year of your analysis.

You’ll also have to start with your current cashflow (roughly net earnings) and then project how much you expect the company to grow each year. The way that work is by looking at each segment of the company and estimating how much it’ll grow.

Now, you’ll need to sum up those figures and average the resulting growth rate for each year.

Finally, you’ll notice that we did this for a 10 year period on Tesla, but hopefully it lasts for more than 10 years. Since that is so far out in the future, what you do is use a separate standard formula for valuing the in perpetuity portion of the company.

Then you add it all up:

Now compare your results here with the results from other companies that you’re considering buying and the one with the best intrinsic value is the best company.

Yes. This is hard and professionals mess it up all the time.

If you managed to get through that, congrats!

Financial professionals tend to prefer the absolute valuation methods, but the problem with that preference is that you can only get tolerably accurate growth and discount numbers if the industry is established.

In new industries, you have no basis for comparison and you’re often just guessing at total market share growth. Investors like Warren Buffett, then, always compare new technology to old technology and miss the value of the new tech.

Tesla’s PE ratio has gone down after shooting up 10x over the past 18 months. It’s less “over valued” now than it was then.

There is, honestly, a real value to stocks, or cryptos, or homes. BUT you can only really identify that value when you are looking at something that doesn’t have a large potential market share in a completely unknown area.

My house in Boston wasn’t going to “grow” like Tesla and it’s in an established market. So, I should have taken the time to figure out its intrinsic worth first.

Bitcoin has neither of those characteristics, so you need a different approach (which is the purpose of the next lesson in the Absolute Beginner’s Guide.

Yield farming, however, does provide you with a known return to your portfolio, which is why I have about 20% of what I would allocate to cryptocurrencies dedicated to it. At 40%-60% per annum DIY subscribers can beat the returns of every major hedge fund for the price of $15 a month.

General financial disclaimer: This post is provided for entertainment purposes only. I am not giving you financial advice and I am not a financial advisor. You should expect no financial returns one way or another based on my statements. These points hold equally for any statements that could be attributed to The Art of The Bubble or any related business entities. If you decide to buy or invest in anything, then your returns and potential losses are your own. No statements about taxation are taxable advice and you are encouraged to consult your own tax professional. You are also encouraged to do your own research. 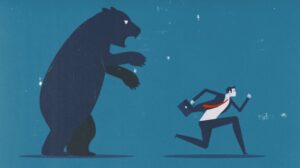 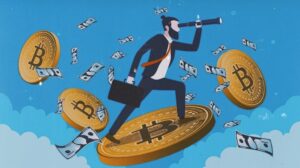