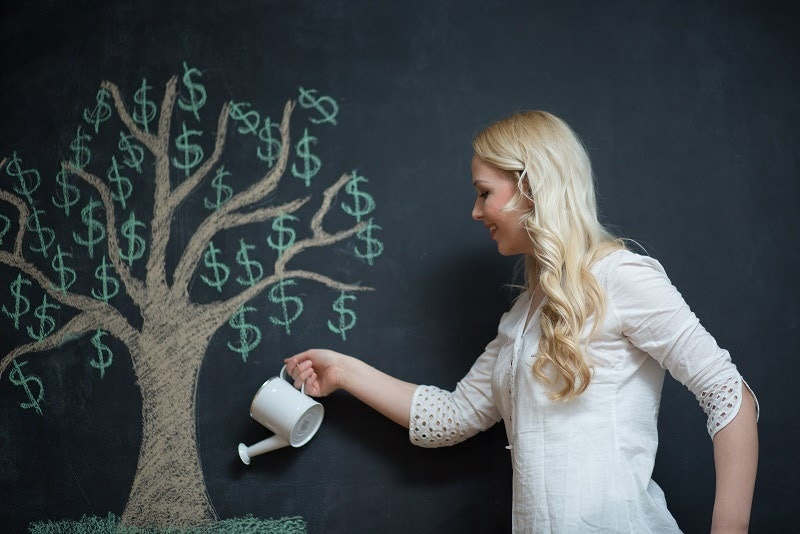 Lesson 10: How to Make Money During a Crash | The Absolute Beginner’s Guide

Sometimes dumb is better than smart.

For example, professionals debate endlessly about the best stock pick. But what if you just bought the cheapest stocks with the best leadership team (as can be easily measured)?

Well, you’d get the following chart. The red line is the portfolio, the blue line is the stock market — over the past 22 years.

This cheap + good portfolio performs in the top 5% of all major hedge funds over the same time frame. I use this for my retirement portfolio obviously.

Let’s do another one. What if you just bought and sold stocks using the standard momentum signals (covered in lesson 7)? What if your only twist was to rank and review them every 3 weeks?

Then you’d get the following chart. The red line is my triple momentum strategy, the blue the stock market over the past 22 years.

Incidentally, that does even better than cheap + good portfolio and picks different stocks. It also beat the world’s “smartest” momentum trading hedge fund in the world, Renaissance Technologies, through COVID. I use it in my retirement accounts too.

The point is simple: great strategies don’t have to be complicated.

In this lesson, I’m going to review perhaps the simplest of such strategies, which nonetheless results in a little better than 2.4x its more popular HODL-ing approach (= just buy and hold Bitcoin).

I call it crash cost averaging.

Technically, this is one of the last planned lessons for An Absolute Beginner’s Guide to Trading Bubbles, but I’m writing it now because it seems timely.

Bitcoin’s wild week led to a lot of concern. I also got a lot of questions on our Discord server about what to do (it’ll take no more than 5 min to set up).

Paid subscribers, of course, will get Weekly or Daily updates on my actual execution. Even small refinements make for a big difference with bubbles.

Yet, everyone can benefit from this approach, which is just a twist on dollar cost averaging informed by a statistical analysis of Bitcoin’s history.

Let’s start with the basics.

What Is Dollar Cost Averaging?

Basically, this is just the practice of making regular purchases at regular intervals, regardless of what the market is doing.

Jack Dorsey, the founder of Twitter and Square, makes $10,000 weekly buys of Bitcoin.

That is dollar-cost averaging in action. Over time, you get a fairly low buy-in average and you benefit from many of the upsides.

It’s easy to improve on Dorsey’s strategy, though, just by tweaking your buys. We’ll call this the smart dollar-cost averaging strategy.

When Bitcoin falls, it falls a lot. Historically, that range is between 82% (the most recent) to 97% (during the early days).

Using that knowledge, it makes sense to buy in at fixed per cent declines. Rather than choosing every week, choose something like every -3%.

To give you a sense of how impactful those returns are, let’s run a little simulation. We’ll start with some basic assumptions.

With those assumptions, here’s how that strategy would play out with Hodling Bitcoin in blue and smart dollar-cost averaging in orange.

Bitcoin still puts in a remarkable 247% return over this period–beating basically every major index on Wall Street.

Our smart dollar-cost averaging strategy, however, returns an even better 415% in the same period. It even has a smaller drawdown too! So it is safer and returns more money.

To put those terms in dollar amounts, recalling you had $10,400 to invest initially, at the end of this period you’d have:

So this is a good idea, but can we do even better? Yes.

What Is Crash Cost Averaging?

It’s a little silly not to use a deeper understanding of Bitcoin’s past history to inform our approach. The above smart dollar cost strategy beats Jack Dorsey’s approach by choosing 3% percent intervals rather than time intervals (Jack’s 1-week approach).

We can do even better by limiting our buys at the beginning until Bitcoin has fallen at least 65% from its all-time high. It’s very likely to fall more than 70%, but since we don’t know exactly how much institutional money will affect it, let’s start re-buying more aggressively when it hits a negative 65% from Bitcoin’s all-time high.

That assumption is also more pessimistic, which I like.

After Bitcoin crashes passed -65%, we’ll double the contribution until we run out. So we’ll buy $200 each 3% move.

Using that knowledge, and the other pessimistic assumptions from the previous scenario, this is what you get (with the crash cost strategy in green).

So the Crash Cost Averaging strategy is a little better than 2.4x as good as HODL-ing and adds about 180% more to your return than even smart dollar cost averaging. It also falls the least of all strategies making it the safest.

Now you could do even do better if, after BTC declined 65%, you started buying coins like $ETH or $ADA that will bounce more than $BTC. Those coins bounce more, so your bounce up would likely be even better.

That focus on alt-coins is exactly how I ended up with a 17.7x return on $ETH this last run.

As a caveat, I’m not going to go crazy picking alt-coins with this approach for a simple reason: a lot of them will not survive a crypto-winter. Most of those winters last about twice as long as the simulation–so bear this in mind. Realistically, if the bubble is done now, then I’d expect 2023 to be the beginning of the new bull run (not the end).

That’s why I only like coins in the top 10 for Bitcoin declines, and I really only like coins that have a strong future. Ultimately, I think that $ETH will surpass $BTC as the top coin.

And as far as platforms are concerned ($ETH is a platform coin that supports other coins), $ADA and $BNB have proven themselves the best competitors–at least right now. So, I might buy them for this approach.

I’ll be doing lots of other stuff too, including setting up an ETH 2.0 node, staking my coins while I’m hodling (to return more money while I wait), and buying crypto-miners on the bounce.

Paid subscribers will get the play by play on all that.

Even if you’re not a paying subscriber, I try to give you something in each lesson that will deliver at least 100% or better returns. This time I’ve given you an alternative to HODL-ing that’s about 2.4x better. It’s also amazingly simple to follow.

Specific disclaimer: I own more stocks and bonds than I discuss here, but they are not relevant to bubble trading. Anything that is relevant, I let you know my position in them through the charts above.

You Must Become a Whale Hunter for Bubbles (and Crashes) 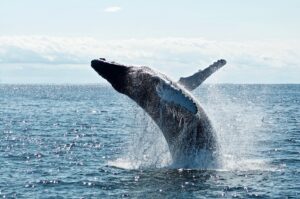 You Must Become a Whale Hunter for Bubbles (and Crashes)

What Are Black Swans? And Why Should They Worry Bubble Traders? 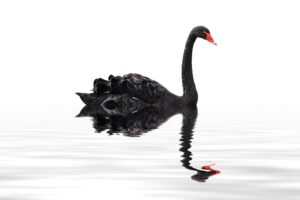 What Are Black Swans? And Why Should They Worry Bubble Traders?

How to Achieve the “Holy Grail” for (Crypto) Investing

How to Achieve the “Holy Grail” for (Crypto) Investing