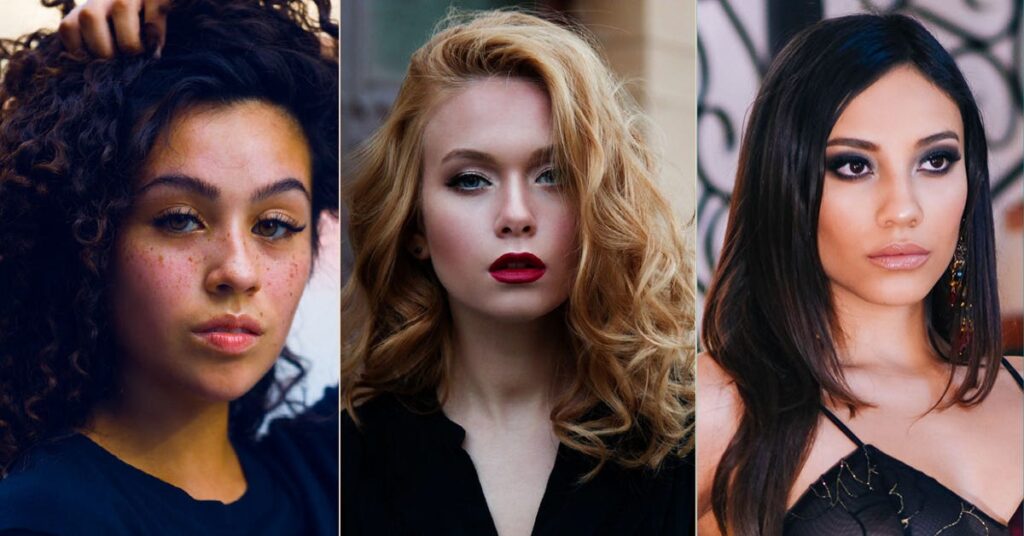 Lesson #7: Level one strategy is the big picture

This lesson explains why trading bubbles (and crashes) works so well.

There is a reason why I had to “sell early” in my cannabis stocks for “only” a 782% profit.

The reason is that bubble trading is a Level 1 strategy. I know, you’ve probably never heard of that, but it generalizes to all kinds of areas in your life. It comes, strangely enough, for a beauty contest.

1. The Intuitive Idea of Level 1 Strategy

The English economist John Maynard Keynes once described the character of stock picking using a special sort of beauty contest that was prominent in the 1930s.

In these contests 100 photographs of faces would be displayed in a newspaper and participants were asked to pick the six faces they believed would be chosen as the prettiest by all players. If you picked the consensus six faces, then you won a prize.

Notice, what matters in this sort of contest is not how pretty a face actually is, but how pretty other people think a face is.

Now you could take this analysis one crucial step further. Let’s draw a distinction between naive players of this sort of game–those people who just pick the six faces they think are the prettiest, for example–and sophisticated players–those who try to anticipate how other people will act.

The sophisticated players are of a potentially infinite variety and we can distinguish them by “levels” of sophistication. A Level 1 player recognizes that a naive–Level 0–player will just pick what they honestly think. A Level 1 strategy, then, might be to choose those faces that society conventionally deems the prettiest.

In 1995 Rosemarie Nagel developed a way to test Keynes’ Beauty Contest. She asked participants to guess a number between 1 and 100 that is 2/3rds the average guess. A Level 0 player would just pick their favorite number. A Level 1 player would choose a number consistent with beliefs about what most Level 0 players would do (21 is popular, for example). A Level 2 would pick a number anticipating a Level 1 strategy, and so on.

Because she set her experiment up numerically, it was possible to determine the mean level for the best strategy. The answer?

The ideal strategy is between a Level 1 and a Level 2. But this is for a market that is (a) static and (b) where all the moves are known. It is, in effect, the equivalent of a mature market.

But what if the market isn’t mature yet? What if, like cryptocurrencies and marijuana stocks, the market is just developing?

Well, that brings us to exactly the next point.

2. Why Bubble (and Crash) Trading Is Just One Example of A Level 1 Strategy

To win in a new market, then, you only need to take a standard approach from another field, which will serve as your Level 1 strategy, and use that against the Level 0 players.

That’s exactly what this 200-day simple moving average strategy is. It just takes standard practice from one field–the momentum work that Gary Antonacci and others have done–and applies it to a new field.

There are sophisticated methods of trading sentiment that are useful for mature fields, like blue-chip stocks. Richard L Peterson–an engineer–developed the standard model for this prediction and sells the results to hedge funds.

You will not be able to duplicate that model without knowing quite a bit of math, computer programming (to scrape the information with bots from Tweets and whatnot), and the finances to build the infrastructure needed to monitor all the information.

But you don’t have to do that with a new field.

Ray Dalio–the manager of the world’s largest hedge fund–has only just now decided that there might be a use for Bitcoin. (Incidentally, I respect him a great deal and would absolutely recommend his Principles to help you make better decisions and his Big Debt Crises to help you understand the large macroeconomic debt cycle).

Dalio has $160+ billion to manage and when he decides to come into the field, his team will clean your clock.

Unless you’re there before him … in which case, he’ll have to buy up so much Bitcoin that he’ll move the price up and you’ll make money on him.

And that point brings us to the next one.

What the above suggests is that the key to using a Level 1 Strategy well is to find a newly emerging field and then use a simple, “standard” approach to make money. After that, when the sophisticated players enter, just leave for another bubble.

You can think about this with the adoption curve. It’s now a well-established matter that when a new technology (or anything similarly new) comes on the scene the rate at which people adopt it follows a standard bell curve (image below).

The problem with jumping on board with the innovators is that you don’t know if the technology or new thing will make it. If you had bought Bitcoin in 2010, you’d be stupendously rich now. But it would also be luck.

What we witnessed with Bitcoin in the 2017 Bubble was a move from the early innovators to the early adopters. That bubble went up some 60x.

Now we’re witnessing a move from the early adopters to the early majority. Interestingly, I think the same thing is happening with marijuana stocks. That’s why Tilray (TLRY) just merged with Aphria (APHA).

If you look at the same adoption cycle, but you sum up the area under the curve you’ll get the following (idea obviously by Everett Rogers).

What this model helps you to identify is the point that you get the biggest gains in the shift by adding the early majority, and next by adding the late majority.

The one difficulty is that the move to the late majority, while just as lucrative as the addition of the early majority, usually is accompanied by more sophisticated players. You can bet that Ray Dalio and his team will be there for that one.

What that means is that while just as much money is being made, unless you’re a sophisticated player, you’ll be making less of it.

A Level 1 strategy for bubble trading thus tells you when specific bubbles are likely to make the most money, and so which bubbles ought to command your real focus.

And that brings the discussion to why this approach is different from other “Big Picture” ideas.

4. Why Level 1 Strategy Isn’t Like Other “Big Picture” Ideas

Standard advice by wealth gurus tells you to use the following “big picture” ideas to build wealth:

The first three of these principles tell you how to grow your wealth. The fourth tells you about efficiency in allocating your wealth (or time or whatever).

None of these approaches tells you when.

Level 1 Strategies tell you exactly that. Go “all in” with a standard strategy when an industry is transitioning from its innovator or early adopter phases.

So the idea doesn’t compete with the other ones. You should add it as a fifth principle for your toolbox of “big picture” ideas about wealth allocation.

Just like the other approaches, it is also useful in your life far beyond investment. Let me explain.

I’m a professor of philosophy in the university system of the United States. So too is my wife. The problem we faced as we graduated from our degree programs was straightforward: the odds against us both getting a tenure-track position anywhere in the United States was small. The odds of landing positions where we could live together was (is) inconceivably small.

In general, only 10% of professors in the humanities attain a position as a tenure-track professor anywhere. The remaining 90% either take “contingent” positions that pay all of $25 a year or simply leave the university system.

But that 1% chance represents the scenario where we both get positions somewhere in the United States. We wanted to live next to each other, in the same house. The odds for that outcome look vanishingly small, likely less than 1 in 100,000.

We succeeded anyway. And we did it using a Level 1 Strategy.

The idea was simple: have sterling publication credentials and focus on “fly over” areas of the United States.

By “fly over” I mean areas where the nearest major airport is more than 2 hours away. There might be smaller regional airports in the area, but most planes would likely fly over that area of the US.

Most “Level 0” players on the job market are going to focus on big cities like New York or Boston and ignore universities in places like Up-State New York–where my wife and I live.

In fact, universities in “fly over” areas have a hard time retaining excellent researchers. So our goal was to anticipate what the Level 0 players would do and focus our efforts elsewhere.

Despite what looks like astronomically small odds, then, we “won” this bet. My wife and I have positions at universities that are about 1.5 hours apart by car and we live between those universities.

So, I’ve applied a Level 1 Strategy to the job market in higher education. But you could do it for almost anything where there are naive players.

The simplest way to apply it more generally is to focus on anything that has a growth trend.

All the people who made it big on YouTube were doing lots of stuff before 2011. If you wanted to make it big on Tik Tok, then you needed to be doing stuff in 2018.

And when a new platform comes out, jumping first might not be the best idea. Vocal has emerged as a competitor to Medium as a place for writing articles.

Right now, you can just repost stuff from what you’ve written elsewhere and get paid. I’ll take the free money, but Vocal is in the “innovators” phase, so it’s not proven. I’m not going “all in” just yet. But I do want to be early enough on the site to be the “philosophy as a way of life” guy.

Even if the platform isn’t big, it’s always better to be at the top of a smaller heap than in the middle of a big one.

Anyway, you get the idea.

Anything that has an adoption curve can use Level 1 Strategy. Just take what has worked elsewhere and apply it to that new thing. But remember that going in too early (this is always my problem) is risky so that you need to limit your down-side possibilities.