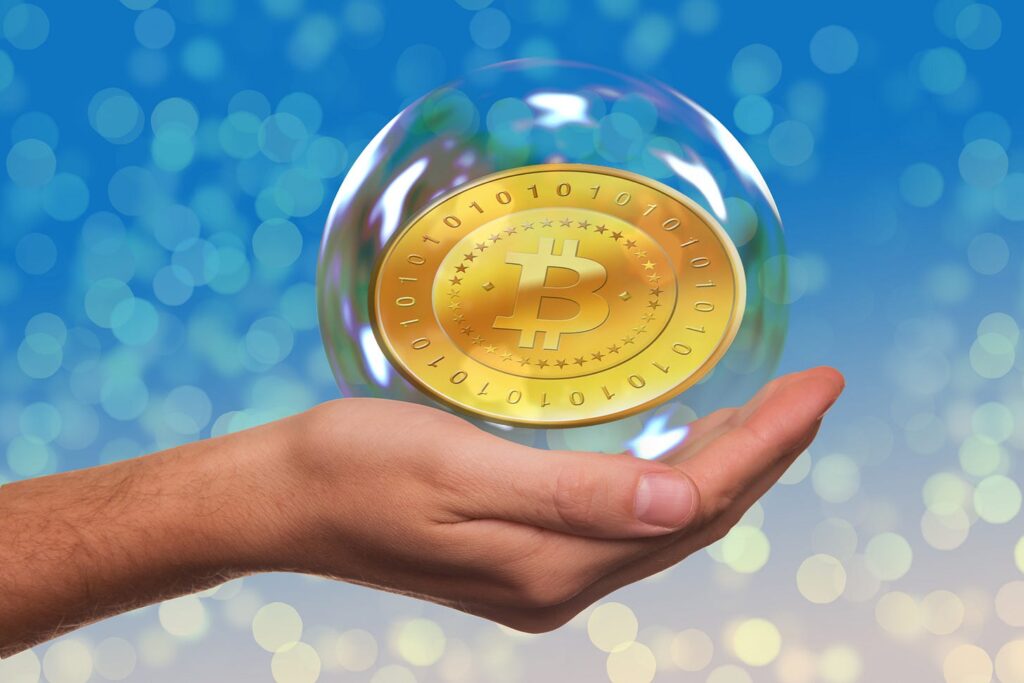 Lesson #6: Use Relative Risk Assessments To Determine If You Should Trade A Bubble

Inevitably, you will end up discovering some bubbles later than you like. Should you just abandon them because you’re late? If not, how can you trade them rationally?

To make the situation more concrete, consider the present 2020 run-up of Bitcoin. Unlike previous bubbles, it has been driven by institutional players, rather than retail investors.

The pivotal event seems to have been PayPal’s announcement that they are going to allow their users to buy Bitcoin (and Ethereum, Bitcoin Cash, and Litecoin). Last month alone, PayPal bought 70% of all Bitcoin mined.

That has been followed by significant similar institutional shifts.

And now, retail investors are finally becoming more interested. Here’s an image of their search trends in the United States (from trends.google.com). Amazing, right?

Actually, that’s orders of magnitude less searching than what retail investors did in 2017.

The situation, as a result, is an interesting one. It might be the case that the “smart money” has set itself up for a big win, and retail investors will eventually drive Bitcoin into a new bubble. But this whole thing could also fizzle.

Look at what the 200-day moving average strategy (discussed Lesson #2) would have told you to do.

You should have entered in May at around $8,800 and been up about 116% in 7 months. So basically, you’re month’s late to the game at this point. What do you do?

This is a question about risk, and in this article, I’ll explain how to approach that topic rationally. Depending on your situation, Bitcoin might still make sense. To understand why, let’s begin with a distinction between absolute and relative risk.

About a year ago, a student of mine asked what he should do with the extra money he earned the last weekend tending bar. He made $200 extra in tips and wanted to know how to invest it. He liked Bitcoin but worried that he would lose all his money.

I asked him only one question: how hard would it be for you to make that money back? He answered that he’d make it back in one night at the bar on a weekend.

That provided all the information I needed: it wasn’t a risky trade for him.

So, after considering the downside, there just didn’t look to be much to worry about. Losing $200 is disappointing, but he could make that up with another weekend of tips.

“Absolute” in this sense means “considered without any individual relationship” (from solvere or “loosed” + ab or “away” in Latin).

The reason financial managers use absolute risk is so that they can compare investments to each other in an “apples to apples” way. It also allows for general mathematical solutions. A key variable they use is a beta, which is a measure of a security’s volatility.

Here’s an image of Royal Caribbean Group (RCL). Since 1 is the average beta movement for the stock market, anything over 1 is considered risky.

A 2.87 beta means that it’s 2.87x as risky as the regular stock. But that’s just based on price movement—up or down. If a stock is moving up a lot, its beta will be higher than average, even though upward motion doesn’t make anyone feel bad.

One problem with the absolute approach to risk is that bubbles will all be defined as “risky” using absolute measures. By definition, they’re going up a lot, and so will have a high beta. It’s not a terribly informative measure as a result.

(Aside for the quants: Yes, you can do some corrective statistical analysis and use the Sortino approach rather than the Sharpe approach, but bubbles tend to be out-of-sample events that make meaningful extrapolations problematic in the first place. In short, I think you just kick the can down the line—with some nice math—but essentially the same problem remains.)

Let’s go back to my student. Even if he invested his $200 in a high beta stock and lost everything, he’d be set back one weekend. When you include his broader life context in his strategy, then, the risky trade looks a lot less risky.

Still, you might want to know what his end goal was. Spending $200 in a night on the town is still nice, so why not live it up? This question introduces another set of considerations. So maybe it’s time to think about relative risk more explicitly.

I think for bubble trading purposes, there are two main kinds of relative risk to consider.

My student’s $200 that he could earn back with another weekend of tips from tending bar is an example of replacement risk.

To figure out your replacement risk, just ask: how long will it take me, honestly, to get this amount of money back?

But you should also be thinking about replacement return.

To figure out your replacement return, just ask: how long would it take me, honestly, to make that amount of money?

Something is rewarding considered this way if it gives you something that you wouldn’t be able to make easily. If my student invested in Bitcoin when it was super cheap and made 10x his return, then it’s rewarding relative to his work.

That would represent working for 10 weeks at the bar. That’s a good idea.

If he instead chose something safe, like bonds, and made 5% a year, at the end of 1 year he’d have all of $10, which is no even enough to justify the paperwork of paying taxes on it.

The replacement risk to return ratio for most bubbles is often quite high, which is why it’s rational to trade them (if there is a reasonable probability of success—say 1 in 5).

And these considerations lead to the real reason why most people are interested in bubbles: station returns.

By “station” in this case, I mean your station in life. Are you working class? Are you a wealthy elite? Are you somewhere in between?

To figure out your station risk or reward, just ask: does this trade have a reasonable prospect of changing my station in life for the better or worse?

Consider the results of Option A

Not to make a straw man out of this, let’s say that he could contribute $200 a month, so $2400 annually, and that this strategy executed perfectly … and he did it for 25 years. (Go use the MoneyChimp Compound Interest Calculator for problems like this).

It is granted, in this thought experiment, that there is virtually no station risk following Option A. So it’s good as far as that goes.

The problem with Option A, however, is that there is no station reward either. It’s not even clear that he could retire on that amount.

Consider the results of Option B

If my student lost all his money, he’d be exactly where he is. So there’s no station-risk to a risky Bitcoin investment.

Notably, if he continued on this path for 45 years, we might worry about his ability to retire. But not too much (there wasn’t a great retirement planned anyway). Also, there is probably a way to control for that: just spend less for a few years if a more rewarding strategy doesn’t work.

On the other hand, there is real station-reward if he bought Bitcoin (and maybe Ethereum or some other alt-coin that might explode). Suppose he earned 30x on his $200, then he’d have $6,000.

(Note: you can do Bitcoin and Ethereum in an IRA, so no need to worry about taxes. You can even just use GBTC and ETHE without buying the coins themselves.)

That’s about 1 year’s worth of tuition at the state school I teach at. So that would meaningfully help him into the middle class.

Now, let’s suppose he had a bubble trading strategy that aimed at hitting 100% a year for 5 years, using his $2400. That would result in $151,000. Still not a retirement, but certainly much closer to getting out of his station.

So yes, this is a strategy that can meaningfully change your station while Option A has no chance, even in principle, of doing so.

There is a parody song put out by Lonely Island called “YOLO” featuring Adam Levine and Kendrick Lamar. The premise of the song inverts the usual inference of You Only Live Once. Rather than use the term as an excuse to do something stupid, they use it as an excuse never to leave the house.

Here’s the video for reference.

The problem with most investment advice, the Option A sort, is that it is developed by money managers for people with lots of money. They are incentivized to grow that money year after year without losses. They do get paid more if they make more, but if they lose a lot, then they lose all their clients.

Money managers, in short, aren’t incentivized to get their clients the best returns, but the most stable returns. And that’s no problem at all if you already have a lot of money.

But if you’re not in that position, then using their advice is like using the Loney Island version of YOLO advice—it’ll cut you off from life’s options.

Using momentum methodology, you’ll also limit your downside losses. In the current Bitcoin bubble, the 200-day SMA is at about $11,570. So you are risking a 39% downside at present. It’s not actually all or nothing.

Should Bitcoin break out above it’s all time high in a sustained way, history suggests at least a 100% run-up. Probably, it’ll be in the range of 250% to 400%. I’m not super optimistic about that, but given all the building institutional support, I’m willing to say that there is at least a 40% chance of such a break-out.

Other coins, like Ethereum, would likely do 2.5x that run.

As long as your replacement risk is fine, then, it would make rational sense to trade the Bitcoin bubble 7 months late in the game.

In short, you should never YOLO. But you should take rationally adjusted bets that have a decent chance of changing your station in life.