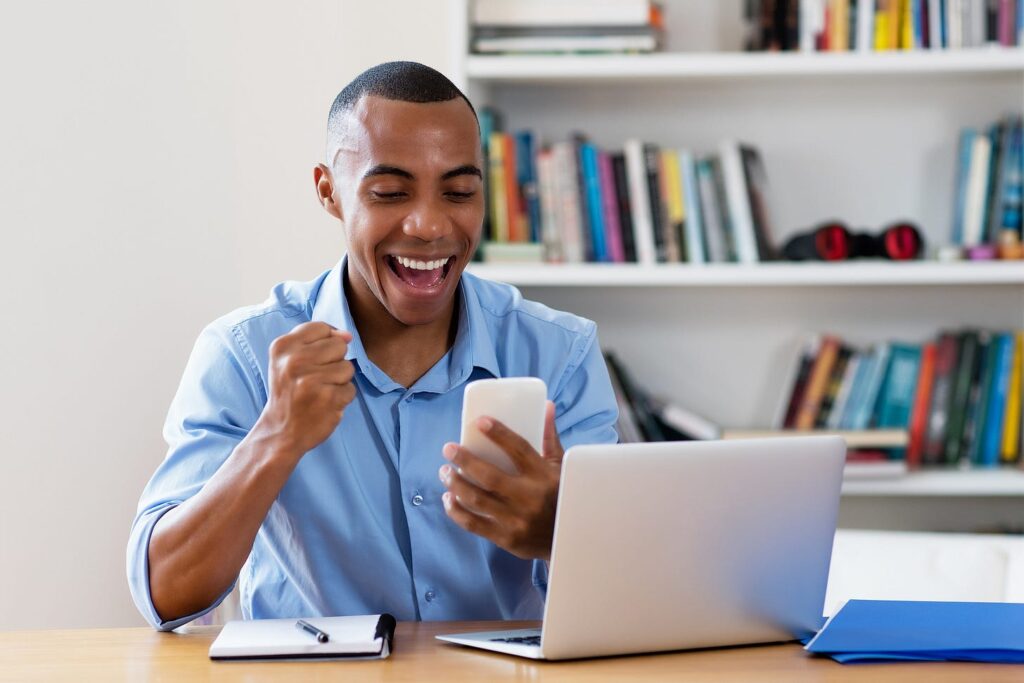 Lesson #4: Learn to Use Lead Indicators

This lesson is simple. If you try to predict all the could-have-been opportunities, you’ll just buy a lot of garbage and lose money. Just as it’s best to get burned at the top of a bubble (Lesson 1), it’s smartest to get in just a little late at its start. Here’s an image of getting in late for Bitcoin in 2020.

The black line is the 200-day simple moving average (SMA). The strategy at work here is the most basic one explained in lesson 7 of the Absolute Beginner’s Guide. The idea is that the trend is your friend and that as long as the price is above the average price of the last 200-days, then the trend is going in your direction.

You’ll notice that the first trade didn’t make any money with this strategy. In fact, when you count transaction fees, it lost a little. But the second trade has made a bundle. It would have told you to ge in around $8600 and Bitcoin is at $15, 375 at the time of writing for a 78% return.

In the last post, I explained that there are some ways to tweak returns on this strategy with more indicators. In this post, I’ll show you a better way than tweaking, which is why I’ll cover:

Lesson #4: Learn to Use a Lead Indicator

The advantage of lead indicators over tweaking is that they don’t succumb to overfitting as tweaking does.

I’m going to explain this point abstractly and then give you a case study.

The Problem With Tweaking

Assume that you decided to find a good predictor of marijuana stocks.

To build your predictor, you get a bag with 1776 quarters. Then you built an elaborate machine to flip each one of them and track whether those quarters accurately predicted the movement of your favourite stock: Tilray (TLRY).

After trying this experiment for nine months, you find that only quarter 997 accurately predicted whether TLRY would go up or down on the next day. Is that coin a lucky coin?

Of course not! This outcome is just random chance.

The biggest difficulty with building predictive algorithms isn’t much different though. Out of all the thousands of indicators and combinations you could choose, it’s pretty easy to build one that accurately predicts everything just like coin 997. But all you’ll be doing is overfitting your indicators to past history.

Here’s a marvelous return from an algorithm I built for trading volatility based on purely economic data (beginning in 2006 and using the SVXY to short volatility). It goes through July of 2019.

Wow, an annualized return of 47.65% with a Sharpe Ratio of 1.15! These are phenomenal numbers for quants. Why haven’t I used it?

Because I knew that economic data would be inaccurate at some point and boy did 2020 prove me right. Here’s the same strategy trading through 2020.

An annualized 37.11% return is still great. But most of that data comes from hind-sight. The economic information I was using just got hammered by the COVID pandemic. So while this approach isn’t as bad as choosing coin 997, it has the same basic problem: its phenomenal return is the result of fitting past results without having any way to adjust to the future.

Very similar reasons moved me to caution readers about using the ROC tweak I explored in the last post. It might work, but I’d really like a lot more verification.

A better idea, then, is to find a lead indicator. This will amplify your returns without running into the tweaking problem.

How To Use a Lead Indicator

A lead indicator is just a well-defined signal that tells you that something else will happen.

Lead indicators for “securities” (I’m using the word loosely) aren’t always for negative signals. They can be for positive ones too.

The main point about a lead indicator is this: you need to understand why they are logically linked to the security you are trying to track.

The canary is a small bird with higher health sensitivities than humans, so there is a logical (medical) explanation for why it would die first. You need a similar explanation for lead indicators with securities.

Here is one for oil stocks. The blue line is Apache (APA) which drills oil in shale deposits. The black line is the USO, which indicates the price of oil. The time is from December 2019 to November 2020.

What you’ll notice is that as oil prices were going up APA soared in value. Then the USO started going down an eventually APA cratered.

Obviously, the price of oil will directly impact the amount of money an oil driller can earn. The higher the price of oil, the more valuable their product. The USO, then, is a nice lead indicator for APA’s price.

There are two points to remember about Ethereum.

#1 Ethereum is a smaller market cap currency, so it will be more volatile.

Just look at this chart, scaling for percentages of the movements of Bitcoin (in blue) versus Ethereum (in black).

You’ll notice that Ethereum crashed down significantly more than Bitcoin did during the market run of March 2020. And it’s also up a whole lot more over the same 1 year period: 123% v. 35%.

That’s the intuitive way to understand that Ethereum is more volatile: it just moves more in both directions.

Let’s look at that March crash a bit more closely.

What you’ll notice is that Bitcoin had already begun to make a come back by December of 2019 while Ethereum was still crashing down.

By February, Bitcoin had made a nice return, but Ethereum soared upward. It was late to the party, but made up for it in the magnitude of its bounce.

Use Bitcoin As a Lead Indicator

Basically, if Bitcoin goes up, it tends to pull up the entire cryptomarket. The reaction is just delayed. Ethereum tends to follow by a couple of weeks.

A simple strategy for trading follows:

The intuitive idea is that if you see Bitcoin go up, you might just want to start buying Ethereum instead. It’ll be later to move and will probably make more money when it does (if the future broadly follows history).

But you want to make sure Ethereum is also above its 200-day SMA, since you might have a fizzle with Bitcoin’s run.

These points have outlined how to develop better strategies by using lead indicators. This approach is smarter than using additional tweaks, like the ROC tweak, because your results won’t be subject to overfitting historical data.

Remember: you must find a logical reason why something is a lead indicator. Otherwise, it’s just a coincidence.

Paid Subscribers get access to all of my trades and the output of my algorithms. All subscribers are welcome to join us on Discord.

Next lesson, I’m going to explain to you why the worst performers are often the best on a bounce (if you have a trend reversal in a lead indicator).